I’m Wayne Johnson and you might have seen me on some of David’s training videos at www.OneMileRunner.com. I am the other Headblader working out hard. I’ve been running for 32 years, and I’m 52 years old now. I’ve always been pretty competitive. I’ve competed in the 5k to the half marathon. Although my favorite of late has been the 5k and 10k. My personal record is 16:40 5k and 34:45 for the 10k. This last season was 18:30 5k and 38:30 10k.

I began noticing changes in my body and mind 8 years ago. There were times I would feel light headed and I feel like I was going to pass out. So I would take a couple days off from my training as I thought I was over training. This probably went on for at least a couple of years. It got to the point that I would feel these episodes coming on and move closer to the ground in case I would pass out.

There were other symptoms too, as I thought I was getting Alzheimer’s as I had difficulty remembering anything – very forgetful. My hands were always cold and I would wake up in the middle of the night choking. I’ve always had a slow resting heart rate (30bpm), but how slow needed to be tested as there were times I would almost fall asleep while standing up as my heart rate dropped to a dangerous level.

I work in a hospital as a radiologic technologist as I x-ray during surgery. One of the doctors always wanted me to wear a pace maker. But she being a anesthesiologist, I felt that she did not have the experience as a cardiologist who knew about the efficient athlete’s heart.

One day at work  the light headedness came on strong. So I asked one of the nurses if she would check my blood pressure and the anesthesiologist overheard me and volunteered to give me a thorough check. She hooked me up to a 12 lead ECG machine and the blood pressure cuff. To her dismay, my heart was pausing between beats a few times for 18 seconds! A pacemaker is suggested if your heart pauses for 2-3 seconds. She proceeded to tell me I should go to the emergency room. They put me in a wheel chair and the director of the operating room gave me a little ride to the ER. The doctor of the ER was looking at my ECG strip and thought I should have passed out.

After all this, I was set up to see a cardiologist. I was instructed to wear a heart rate monitor for a week to observe my heart activity. The monitor showed I had a resting heart rate of 30bpm, a sleeping heart rate of 17bpm, and up to 9 pauses of the heart per day that lasted up to 22 seconds! I was told that the only reason I did not pass out or worse was due to my efficient heart and the reason I was choking in my sleep was probably due to the reflex reaction to again start my heart when it had a long pause.

So I have had this pacemaker around 6 years now, and I take no medication except running endorphins. It was mentally hard at first to train all out and push my workouts. People think I am not supposed to be a good runner because I have a
pacemaker. However, I have competed well the last couple of years and plan to participate in the 2011 Senior Games.

I have had many inquiries from other athletes about my pacemaker and their concerns about their own slow heart rate. So even though you have an efficient heart today – keep a watchful eye on the symptoms of a dangerously low heart rate.  I am here to tell you that I am a living example that a pacemaker does not mark the end of your competitive days. Keep training and keep believing – the body is amazing! 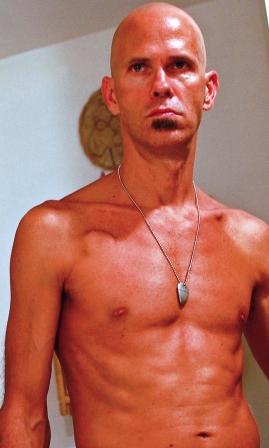